The Future of Brine Management

Industrial advancements and population growth increase the need to generate water from available sources such as sea and brackish water. 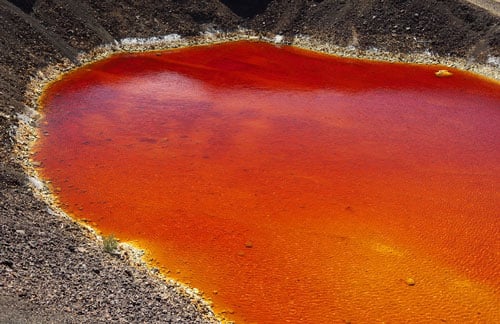 Generally speaking, produced brine has a negative environmental impact and must be properly discharged. While seawater brine is generally returned to the sea using well-established, safe techniques that minimize the environmental impact, brackish water brine from municipal BWRO plants or industrial effluents, creates more challenging circumstances. Brackish water brine might need to be pumped over long distances, discharged into evaporation ponds or be injected into dedicated injection wells. Therefore, although the amount of brine in brackish water desalination plants is relatively low, brine discharge in these facilities is far more problematic.

<<Learn more about the MAXH2O DESALTER solution - Download our whitepaper>>

As more desalination facilities are established, the problem of brine discharge becomes increasingly severe, and it is necessary to minimize the amount of produced brine as much as possible.

One of the solutions for brine minimization is salt extraction. This solution is preferable from an environmental point of view, and is likely to take over the market in the coming years. For this to happen, however, this technology must be economical.

It has been shown that the extraction of salts such as chlorine, bromine, sodium hydroxide, calcium carbonate, magnesium hydroxide and magnesium oxide from seawater desalination brine is technically feasible. However, according to the WateReuse Research Foundation, the economics of extraction is the main factor that impedes salts recovery from seawater desalination brine. Additional factors include facility location, product purity, staffing, safety, material handling and storage.

The available alternative for brine minimization is a combination of technologies - RO, followed by thermal evaporation, followed by thermal crystallization, resulting in a Zero Liquid Discharge (ZLD) process. Due to the significant differences in cost (Table 1), the most economical approach would be to increase the load on the RO process as much as applicable, and then maximize its recovery, which will decrease the size of the thermal crystallization unit to a minimum.

Two factors generally limit the use of RO technology - osmotic pressure and water chemistry, i.e. saturation of sparingly soluble salts such as calcium carbonate, calcium sulfate or silica salts in the produced brine.

Seawater RO desalination plants already operate at the maximal threshold limit of the osmotic pressure, and no further brine minimization is possible with currently available RO membranes. In brackish water desalination plants, brine chemistry limits the RO process recovery rates and acts as the main limiting factor in terms of the possible recovery. The final brine obtained at these facilities is far from the maximal threshold limit of the osmotic pressure. Therefore, in brackish water desalination plants, there is clear potential for the use of RO technology at much higher recovery rates. If RO technology can be upgraded to overcome the brine chemistry limitation, the upgraded RO technology can be used far more effectively before switching to more expensive thermal technologies.

There are three major drawbacks of most processes currently available in the market:

The MAXH2O DESALTER process contains an RO system with an integrated salt precipitation unit. The process provides a solution for industrial effluents and brackish water brine that is difficult to treat, and successfully overcomes the various challenges, e.g. scaling by sparingly soluble salts, organic and bio fouling. The integrated salt precipitation unit removes only salts that can precipitate as scale on the RO membranes, without the addition of chemicals. The produced result is pellets of more than 90% dry solids content, which do not require further sludge dewatering treatment.

In addition, the RO unit operates at high shear velocity, minimizing the negative effect of concentration polarization, which improves the efficiency of the RO process. Furthermore, due to the continuous change in the treated brine salinity, MAXH2O DESALTER has an inherent ability to address, and practically eliminate biofouling issues.

The need for an efficient and cost-effective solution for high recovery RO is clear. For many ZLD, MLD and other RO applications that require minimal brine, the ability to squeeze the brine as much as possible may determine whether a given project is economically viable or not.

While some methodologies are already available in the market today, the new development of MAXH2O DESALTER offers a promising solution for addressing today's brine management challenges, while pushing the ability to minimize brine volumes to an all-time low. Being able to practically eliminate the recovery limitation of water chemistry by precipitating sparingly soluble salts on pellets, while operating RO at high velocity with inherently high shear forces, allows the RO unit to meet its maximal production and recovery potential, without having to deal with chronic scaling issues.

Alex has been with IDE Technologies since 2013, as an expert in industrial water treatment in the Process Department. He has led the process engineering teams on several projects in thermal and membrane technologies, as well as industrial water treatment projects. Alex has significant expertise in the field of membrane desalination, particularly in the retrofit and expansion of existing desalination plants. He also has a broad range of knowledge of other water treatment technologies, such as thermal technologies and zero liquid discharge plants. Alex is experienced in the process design, and chemical and process engineering of desalination units for a wide range of water types including seawater, industrial and wastewater. He has several pending patents. 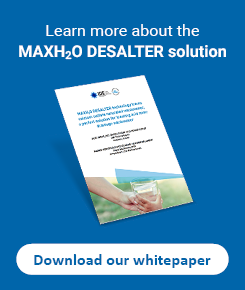