Pushing the Boundaries of Brine Wastewater Treatment to New Heights

In order to increase brackish water reverse osmosis (BWRO) brine recovery, for either municipal or industrial applications, the MAXH2O DESALTER technology combines a proprietary RO system with an integrated salt precipitation unit, which may be connected to any new or existing BWRO system.

With MAXH2O DESALTER, brine is circulated in high velocity through the RO system in a semi-batch process. In each cycle, brine concentration is gradually increased alongside the saturation level of the sparingly salable salts, such as calcium carbonate, calcium sulfate, silica salts etc. As brine exits the RO membrane, it flows through a pellet reactor. This stage enables precipitation of some of the supersaturated salts, to a level that allows brine to go through an additional RO cycle without the risk of scaling. This semi-batch process continues until brine concertation reaches the osmotic pressure limit and is then rejected out of the system.

MAXH2O DESALTER also addresses other challenges such as biofouling, due to the inherent changes in the brine osmotic pressure throughout the process, without the use of additional chemicals.

Today, the presence of sparingly soluble salts prevents BWRO and reuse plants from maximizing their operational potential, due to the risk of scale formation on the RO membranes. As a result of water chemistry limitations, the recovery rates of a BWRO plant are typically limited to about 80%. MAXH2O DESALTER is a state-of-the-art process that overcomes the traditional challenge of brine recovery systems and essentially eliminates the limitation of water chemistry, pushing recovery up to the osmotic pressure limit of up to 98%, depending on the salinity of the initial brine or effluent.

By using a semi-batch process, the flow through the membranes increases, resulting in high cross-flow velocities inside the RO membrane feed-brine spacer. The result - reducing the effect of concentration polarization and the risk of scale formation. Brine is rejected from the RO membranes in each cycle and then passes through a pellet reactor, which gradually removes all sparingly soluble salts from the system - allowing recovery to be maximized without the risk of scaling. This unique approach is what enables MAXH2O DESALTER to achieve up to 90% overall reduction in brine disposal. 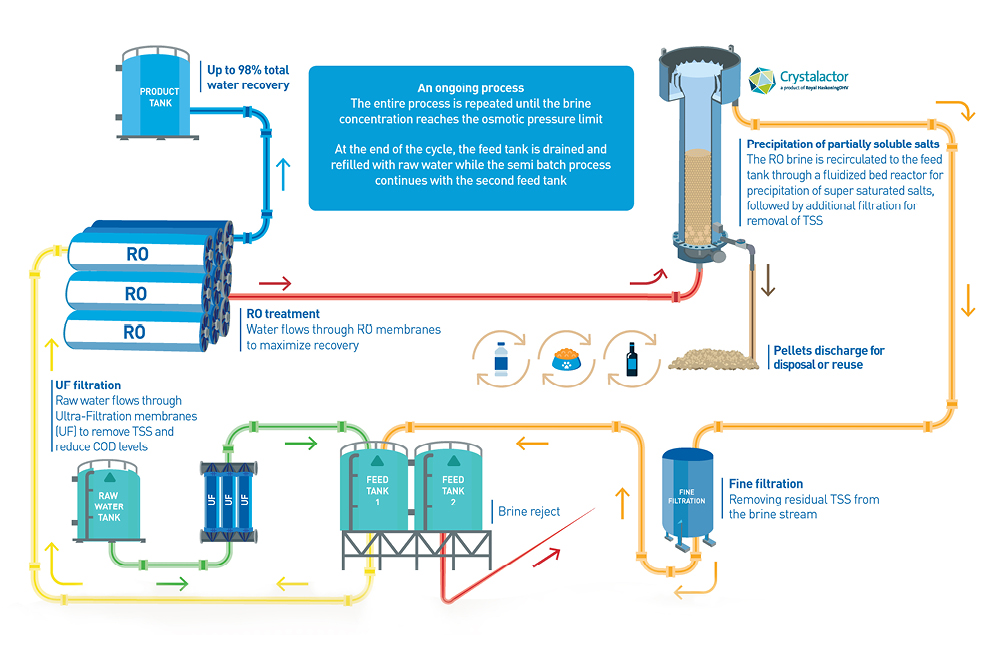 How can MAXH2O benefit your business?

It can be installed as a standalone system or be connect to an existing BWRO plant as a tail unit on the brine stream, in order to maximize plant production while minimizing brine discharge and operational expenditures.

Click here to download our exclusive “MAXH2O DESALTER solution for brine minimization“Premium Solution Brief, which includes insightful case studies on brackish water brine and mine impacted effluent, providing an in-depth overview of the operational, economic and environmental value of this unique technology.

Tomer Efrat is the Director of Business Development & Product Management at IDE Technologies. With an extensive background in the fields of SWRO, Brackish water desalination, Thermal & IWT, Tomer brings over 13 years of comprehensive knowledge in technology management, business development, process engineering and R&D. Tomer holds a BSc in Mechanical Engineering and an Executive MBA in Business Management from Tel Aviv University. extensive knowledge in water treatment solutions, market analysis and the industrial landscape, and has been researching the mining industry intensively for the past year. 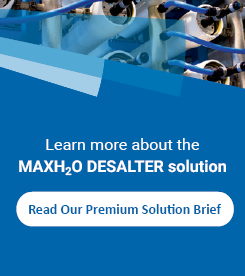